Below I have described the qualities of some select tone woods that are commonly used for building guitars, basses and other string instruments.

Included in each description is useful data from thewooddatabase.com including hardness, weight, strength, etc. This data is useful when designing the perfect instrument.

-The average dried weight is useful to estimate the weight of an instrument and how it will balance, and whether a particular species is suited for bodies/wings and necks, or only tops and fingerboards.

-Crushing strength can be considered particularly for tops but isn’t crucial, it is worth noting where your instruments get dinged; belt buckles, fingernails, rings (back of neck) etc.

-The descriptions along with the included data should help in choosing alternative tone woods. By comparing the tonal descriptions of woods with their grain type, stiffness to weight ratio, pore type etc. It can give you an idea of what other tonewoods will sound like.

-The body has a balancing effect for both weight and tone. The amount that the body wood contributes tonally varies depending on construction type, neck through, set in or bolt on, whether the top adds a glue joint between the strings and the body, and many other factors.

-Acoustic instruments tend to sound like their top, the soundboard largely dictates the attack and response of an instrument, the back and sides have less of a tonal effect as they reflect and absorb certain frequencies.

Ash (Fraxinus excelsior)
A light brown coloured wood, darker shades are also found. The grain and pore has a medium to coarse texture similar to oak, with straight and regular grain. Open pores with hard and soft layers within each ring, a rigid skeleton with softer porous areas throughout.
A choice piece of Ash is very resonant across the whole frequency spectrum with clear bell-like highs, pronounced mids, and strong lows. It has some combing away of mid frequencies, which will vary in tone from one instrument to another more than Alder. A heavier piece or a piece from higher up the tree is dull sounding, as the wood is harder and more uniformly dense. So the sweetness of the soft open pores is missing from these pieces, producing the compressed sound of a rigid, non-responsive wood, without all the sparkle and sustain that is associated with ash. All mass produced factory guitars should be checked for weight, and openness of grain (if the finish allows). Ash used in big factories has a higher ratio of poor pieces than with smaller builders.

We have a limited stock of seasoned Irish Ash for: neck stringers and cores; bodies, tops and backs.

Mahogany has a more uniform grain pattern and density than Ash, with open grain and large pores. Its density is constant from one ring to the next. It’s rigidity is inherent in its composition, without soft sections between the grain. The constant density compresses mids a little, producing a
somewhat full sound, with good lows and low mids, though is not as responsive to mids as Ash. It also combs away more upper midrange frequencies for a more nasally sound. It has a good balance of fundamental and overtones in the higher registers with notes becoming richer and thicker than Ash. The even density makes stable necks, with the open pores making the neck more responsive than a maple neck. Mahogany absorbs slightly more of the string vibration than Maple does, compressing the attack and the highs a little.

We have seasoned stock, as well as reclaimed Mahogany for: necks, stringers and cores; bodys, tops, backs; acoustic sides and backs.

A darker wood with Ash-like grains, but like mahogany the density is uniform. It is harder and denser than Mahogany so the tone is brighter, but the open grains make for a complex midrange that can be compressed in some frequencies but dynamic in others. It has a snappy attack with solid
lows like Ash, and smooth highs like Mahogany. A Walnut body will dictate the tonal signature of the instrument more than a lot of other body woods. A heavy piece (often pinkish in colour) will dampen the mids to produce an overly nasal and lifeless sound, so a light and open grained piece must be chosen for optimum resonance.

We have seasoned stock of Irish and Canadian Walnut, for bodies, tops, backs or neck stringers.

Soft Maple refers to a number of species which are not as hard as hard rock maple includes Bigleaf, Field and Sycamore Maple (Acer pseudoplatanus).
Soft Maple is slightly heavy, it helps amplify the bright upper midranges but has dull sounding lows. Snappy highs are absent with the tight pores that compress the highs. This can be countered and balanced with an ebony or similar fingerboard and the right pickups.

We always have a few seasoned figured or spalted soft maple tops stocked, highly figured pieces can be ordered in, we have good suppliers for these types of woods.

Unlike most other hardwoods, the sapwood of Hard Maple lumber is most commonly used rather than its heartwood. The heartwood is a darker reddish brown. Birdseye Maple is a figure found often in Hard Maple, though it iss found less frequently in other species. Hard Maple is also found with curly or quilted grain patterns. Sapwood colour ranges from nearly white, to an off-white cream colour, sometimes with a reddish or gold hue. Has a very fine, even, and uniform texture, with small pores. Hard Rock Maple is a typical electric guitar neck wood, with a uniform grain,
very strong and stable, and has less reaction to environmental changes than other hardwoods. Its tone is highly reflective, and focuses more energy onto the body wood and fingerboard. Bolt-on Maple necks have less influence on the guitar’s tone, emphasizing the body woods.

Heartwood colour varies, from a pale pinkish orange to a deep brownish red. Most pieces tend to start reddish orange when freshly cut, darkening substantially over time to a reddish/purplish brown. Padauk has a coarse texture and fairly large, open pores. Grain is usually straight, but can
sometimes be interlocked. It’s moderately heavy, strong and stiff, with exceptional stability. A great neck wood with almost bell like tone.

We have seasoned stock suitable for any custom instrument, necks, bodys, tops, and acoustic backs and sides.

Heartwood is dark brown with black streaks. Unlike most other woods, Wenge becomes lighter when exposed to light. Has straight grain and a coarse texture with very large pores, and looks great with open pores under finish. Very stiff, strong, and stable, like rosewood wenge trims some high overtones, while resonating a stronger fundamental and low mids due to it’s varying density stripes combing away a little more of the mid and low mid overtones.
Wenge has characteristics of both Honduran and Indian Rosewoods with a tonal signature somewhere in between the two (a bell like tone) and as back and sides for guitars it also compares favourably to rosewood.

We have seasoned Wenge in stock: for necks and neck stringers; fingerboards for guitar and bass; bodies, tops, backs; and acoustic backs and sides.

Not to be confused with Brazilian Rosewood (Dalbergia nigra) which is listed in the most restrictive category of endangered species: CITES Appendix I, where even finished products made from Brazilian Rosewood may not cross international boundaries.
Heartwood of East Indian Rosewood can vary from a golden brown to a deep purplish brown, with darker brown streaks. The wood darkens with age, usually becoming a deep brown. It has a medium grain and small pores. The grain is often narrowly interlocked.
A very heavy, oily wood, rosewood produces excellent sustain while also smoothing out the highs. Generally with greater sustain comes a brighter top end but this is not the case with rosewood. It mutes the high frequency overtones, producing a strong fundamental that still has the complexities
of mid and low mid overtones.

We have seasoned stock of: Rosewood fingerboards for guitar and bass; also neck stringers for neck through guitars; or bolt on necks for guitar or bass; acoustic back and sides.

Bubinga is sometimes known as African Rosewood but is not a true Rosewood, a wonderful tone wood in every respect. As hard as the rosewoods and a bit denser with finer texture with no pores. The tone similar to rosewood, with added sustain and clarity. Has a bright midrange, and a sparkle across the entire spectrum, great sustain and note separation with warm even tones. A nice bright tone with plenty of bottom. Harder and heavier than both Brazilian and Indian rosewood. Medium texture with interlocking grain, its pinkish colouration oxidizes to brownish red over time. There are highly figured pieces available such as waterfall patterns that look spectacular and are more moderately priced than Rosewood, Ebony, Ziricote.

We have seasoned Bubinga stocked for any custom instrument, necks, bodies, tops.

Zebrano heartwood has a light or cream colour with defined dark streaks. Depending on whether the wood is flatsawn or quartersawn, the stripes can be either chaotic and wavy (flatsawn), or somewhat uniform (quartersawn). Has a coarse texture and open pores. Similar to Bubinga in tone and application, also from West & Central Africa. This is another heavy wood with a very open grain, more commonly available for laminated bodies where it excels. It is similar in weight to Wenge and Bubinga, working well on bass guitars.

We have seasoned stock suitable for tops, neck cores and neck stringers.

Ebony is the trade name, although it is a true Rosewood. Probably the most durable wood in the world, often completely black occasionally with dark brown hints, has a fine texture and very small pores. Brittle and difficult to work most mass producers of instruments dislike this wood due to its
dulling effect on machine cutters and have consequently, historically overused certain Rosewoods for fretboards, backs and sides. The ultimate wood for power, clarity, punch, and harmonic complexity. It has a tight powerful sound, snappy attack and clear bell-like overtones with a slow
response. The ideal choice for any fretless stringed instrument.

We have seasoned choice fingerboards stocked for guitar and bass, as well as pieces for bridges, nuts, veneers and other hardware.

Light in weight and colour, with quite ordinary grain and appearance sometimes greens and purples. An excellent tonewood often used in harps, pronounced mids with a nice rounded bottom end and bright top end. Alder, Poplar and Basswood are considered to be the standard body tonewoods for large factories who typically manufacture bolt on instruments and typically finish in solid colours. Although a few such as Danelectro guitars had necks made from Poplar. Colourful pieces can darken when exposed to light.

-We are currently on a mission for Irish tone woods; Ash (limited stock), Oak, Yew, Holly, Douglas Fir are the native Irish trees that originally populated the ancient woodlands, also other Irish grown timber Sycamore (soft maple, Acer family), Plane, Walnut, Poplar would be good choices too. The grain in Irish grown Sitka spruce is not dense enough for sound boards, but we intend to experiment with it’s use in chambered or solid bodies.

-Remember that scale length, pickup placement (and type) as well as many other factors are of course a large part of the story also, but getting the woods right is a good start.

Thank you for reading and please feel free to contact us should you have any questions.

Have a look here for information on having a custom guitar built.

This site uses Akismet to reduce spam. Learn how your comment data is processed.

Custom made for you 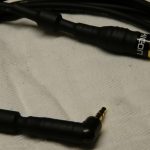 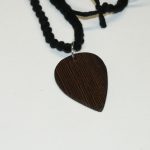 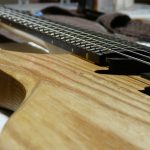 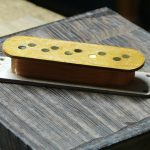 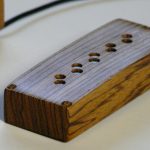 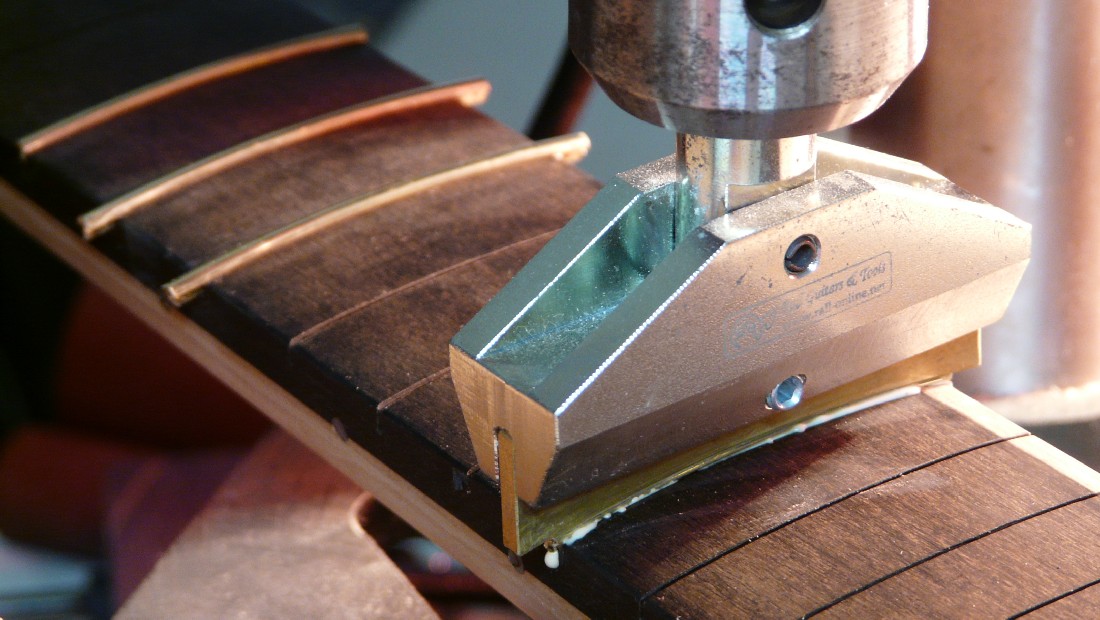